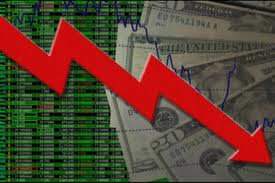 Matt Taibbi is about the best reporter there is.  He is an investigative reporter of the financial world and does one hell of a job!  He has been on top of the mortgage MERS Fraudclosure for a couple of years now.

He has an article out about Goldman Sach's and how one of their lawyers accidentally filed  very private  inside information with the court for a lawsuit in defense, last week.  The papers he filed was information that Goldman Sachs has always worked to keep out of the public eye.

The paper proves that Goldman Sachs does naked short selling.  They will sell and short stocks they don't even have nor are able to get.  In other words, just like the fractional reserve banking of creating money out of thin air with key strokes.  Goldman Sachs pretended to own or had in their hands, stocks which they didn't have.  They would short the stocks and do trades on non-existent stocks.  They also did this to affect the stock price on the market.   So they could make some stocks Fail.  They even use that word in the documents accidentally released.

Now, I have a question for the FBI, SEC and all government agencies...... IF a person sold and got millions/billions by pretending to have something for sale and they did not - is that not embezzlement and fraud?  Would you not lock that person up for a felony for the rest of their lives? 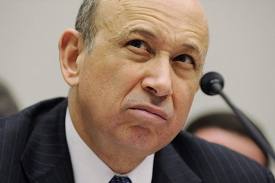 How come Wall Street can Lie, commit absolute obvious Fraud, trade on things they pretend they have but don't?   How come they never have to pay or go to jail for what is in fact Stealing?   What is worse about Wall Street is that they can cause a company to go down and fail.  They cause people who have money in retirement funds to lose money over their lies and fraud!

The government has got to do something about this!  Wall Street can not be allowed to commit Fraud over and over again upon the world!  There can not be one law for the people and no law for Wall Street and the Banks!  Enough is Enough!

One other thing.  I had written that something was just not right about the whole JP Morgan info coming out on a Thursday besides other things that bothered me about it.  I have been on the look out for what was bigger than JP Morgan.  Now,  the JP Morgan info being the talk of MSM, the distraction that was created so MSM already has their story and can ignore this?

** Notice the article says "Last Week" the papers were filed accidentally - that is why JPM came out as they did.  They wanted MSM to highlight JPM and NOT the illegal activities of Wall Street being revealed! In my opinion.

It doesn’t happen often, but sometimes God smiles on us. Last week, he smiled on investigative reporters everywhere, when the lawyers for Goldman, Sachs slipped on one whopper of a legal banana peel, inadvertently delivering some of the bank’s darker secrets into the hands of the public.


The lawyers for Goldman and Bank of America/Merrill Lynch have been involved in a legal battle for some time – primarily with the retail giant Overstock.com, but also with Rolling Stone, the Economist, Bloomberg, and the New York Times. The banks have been fighting us to keep sealed certain documents that surfaced in the discovery process of an ultimately unsuccessful lawsuit filed by Overstock against the banks.


Now, however, through the magic of this unredacted document, the public will be able to see for itself what the banks’ attitudes are not just toward the “mythical” practice of naked short selling (hint: they volubly confess to the activity, in writing), but toward regulations and laws in general.

We also find out here how Wall Street professionals manipulated public opinion by buying off and/or intimidating experts in their respective fields. In one email made public in this document, a lobbyist for SIFMA, the Securities Industry and Financial Markets Association, tells a Goldman executive how to engage an expert who otherwise would go work for “our more powerful enemies,” i.e. would work with Overstock on the company’s lawsuit.

A quick primer on what naked short selling is. First of all, short selling, which is a completely legal and often beneficial activity, is when an investor bets that the value of a stock will decline. You do this by first borrowing and then selling the stock at its current price, then returning the stock to your original lender after the price has gone down. You then earn a profit on the difference between the original price and the new, lower price.


What matters here is the technical issue of how you borrow the stock. Typically, if you’re a hedge fund and you want to short a company, you go to some big-shot investment bank like Goldman or Morgan Stanley and place the order. They then go out into the world, find the shares of the stock you want to short, borrow them for you, then physically settle the trade later.


Thus in this document we have another former Merrill Pro president, Thomas Tranfaglia, saying in a 2005 email: “We are NOT borrowing negatives… I have made that clear from the beginning. Why would we want to borrow them? We want to fail them.”


Trafaglia, in other words, didn’t want to bother paying the high cost of borrowing “negative rebate” stocks. Instead, he preferred to just sell stock he didn’t actually possess. That is what is meant by, “We want to fail them.” Trafaglia was talking about creating “fails” or “failed trades,” which is what happens when you don’t actually locate and borrow the stock within the time the law allows for trades to be settled.


If this sounds complicated, just focus on this: naked short selling, in essence, is selling stock you do not have. If you don’t have to actually locate and borrow stock before you short it, you’re creating an artificial supply of stock shares.

Goldman clearly knew there was a discrepancy between what it was telling regulators, and what it was actually doing. “We have to be careful not to link locates to fails [because] we have told the regulators we can’t,” one executive is quoted as saying, in the document.

The import of this is that it made it cheaper and easier to bet down the value of a stock, while simultaneously devaluing the same stock by adding fake supply. This makes it easier to make money by destroying value, and is another example of how the over-financialization of the economy makes real, job-creating growth more difficult.


In any case, this document all by itself shows numerous executives from companies like Goldman Sachs Execution and Clearing (GSEC) and Merrill Pro talking about a conscious strategy of “failing” trades – in other words, not bothering to locate, borrow, and deliver stock within the time alotted for legal settlement. For instance, in one email, GSEC tells a client, Wolverine Trading, “We will let you fail.”


Hey - U.S. Government...... Are you going to continue to let Wall Street get away with Complete Fraud?

It seems this information could fit that criteria, for JP Morgan being a distraction.  It proves the Lawlessness and absolute illegal activities of Wall Street. 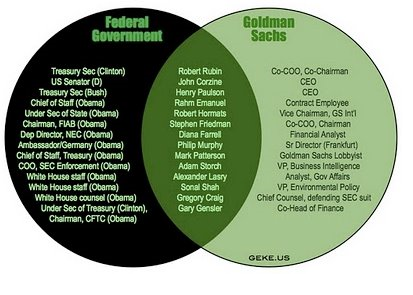 Funny how MSM released that the FBI is investigating the JPM losses.  But nothing about the illegal naked shorts of Wall Street, besides MF Global stealing of people's money.  Seems no government agency investigates real fraud of Wall Street, only things that they can drop later without charges.
Posted by Questioning All at 7:49 AM