Germany Parliament denied access to Germany's gold to confirm it is there. 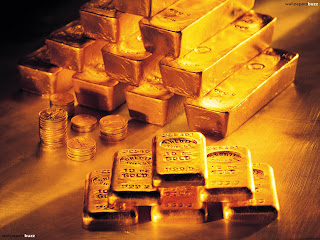 Just two days ago Zerohedge had an article about the German court demanding, Germany's gold be viewed and accounted for.


Germany has the second largest gold reserves in the world, nearly 3400 tons. Supposedly, anyway. Because stocks have never been checked for authenticity and weight. Now, the Federal Court has asked the Bundesbank to examine the gold reserves abroad regularly.

The German central bank gold is safely stored in vaults in Frankfurt, New York, Paris and London. Checked really but apparently no one. The Federal Court has the Bundesbank now anyway required regular inspection and inventory of the vast gold reserves abroad. The auditors explain this in a report on Monday has become known to the budget committee of the Bundestag with the "high value of gold holdings."

The samples stored at other German banks stocks were also never by the Bundesbank itself or by other independent auditors "added physically and for authenticity and weight" checked. Actually talk on the subject numerous theories - so should the U.S. gold reserves at Fort Knox have long been looted.

With the implementation of this recommendation, the Bundesbank has begun according to the report. They also decided to bring in the next three years to 50 tons each of the past at the Fed in New York gold to Germany to get it here to undergo a thorough examination.


Bundesbank had been slammed for not auditing nor ever confirming Germany's gold is where it is suppose to be.

In May I wrote about the conflict between the Parliament and the bank of Germany in they wanted their gold in the country and the bank was saying NO.

Well it seems the German Parliament has been denied that right by the Central bank, Bundesbank.  Bundesbank has denied the Parliament access to view the gold due to  "lack of visiting rooms."

German Federal auditors handed in a report slamming the Bundesbank for not inspecting their foreign held gold reserves to verify their book value. The report says the gold bars “have never been physically checked by the Bundesbank itself or other independent auditors regarding their authenticity or weight.” Instead, it relies on “written confirmations by the storage sites.” The lion’s share of Germany’s gold reserves (nearly 3,400 tons estimated at $190 billion) are housed in vaults of the US Federal Reserve, the Bank of England and the Bank of France since the post-war days, when they were worried about a Cold War Soviet invasion. The Bundesbank stated, “There is no doubt about the integrity of the foreign storage sites in this regard”. In contrast with best industry practices Germany’s gold reserves do not seem to be independently verified by a third party. Philipp Missfelder, a politician from Merkel’s own party, has asked the Bundesbank for the right to view the gold bars in Paris and London, but the central bank has denied the request, citing the lack of visitor rooms in those facilities, German’s daily Bild reported. The Bundesbank won’t let German parliament members inspect the German gold vaulted abroad because the central bank vaulting facilities supposedly lack “visiting rooms.“ And yet one of those vaults, the Federal Reserve Bank of New York, offers the public tours that include “an exclusive visit to the gold vault”.


So, the game goes on.  A country is not even being allowed access to their gold,will the gold actually be audited by Bundesbank or will they ignore the court order?  Will they test it for tungsten?


Posted by Questioning All at 3:11 PM