Colloidal Silver. It will truly keep you Healthy. It will kill all bacteria and viruses, including Ebola Virus 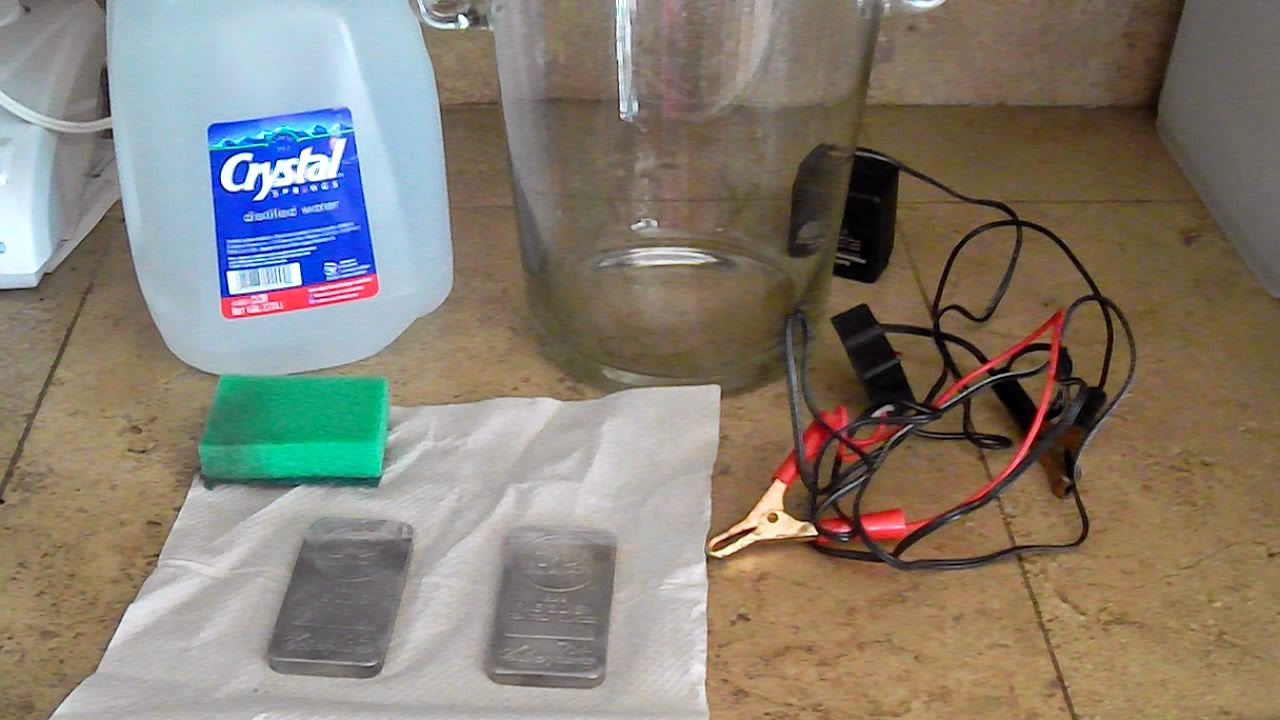 8/1/14 - I am bringing this back up to the top, since it appears that people who have the virus are being brought here to the U.S. for some bizarre reason!

The govt has stopped the silver from being used to help people.  Seems they don't want anything but vaccines from the pharma corps to be used.  They don't want the natural cure to become public.

The Ebola Virus has been in the news recently.  It is claimed there is an epidemic of it and it is spreading.

One thing I know for sure is Colloidal Silver is something everyone should have.  It is easy to make yourself.

When you make it yourself it is Ion Silver.  The silver is suspended in the water in minute particles, through the positive and negative reactions.

There are places on the internet that charge 200% or more over spot for strips of silver to use in making colloidal silver.  You don't have to pay that amount of money for silver that works.   The other thing is there are colloidal silver machines being sold at hundreds of dollars.  Again you don't have to pay that.  The machines simply create low energy of positive and negative connections so the silver will be in minute particles.

After so many years of reading about colloidal silver, I finally decided to start making some and trying it.  It has been of great value to me and has helped me in many ways.

Here is a PDF all about Colloidal Silver and what it does and how it protects you.  There are many many sites on the internet about Colloidal silver.  Many will try and say "Don't ever use it."  Those of course are backed by the pharmaceutical industry.

Here is another site with good information about it: Colloidal Silver Fabulous Facts.

The facts are, silver works against bacteria and viruses.  Hospitals use it, the ISS uses it to purify their water.  It was used before the pharmaceutical industry created all of their antibiotics.  Silver purifies water.  Have you ever wondered about the term for those who are wealthy being born "With a silver spoon in their mouth"?  The elite use silver to eat with and to drink with.  They know what silver does for you.

Nothing and I mean nothing can ever become resistant to silver!  Yet everyday, bacteria is becoming resistant to antibiotics.

Any pure silver can be used to make colloidal silver.  Spend some money buying silver and you will never have to take antibiotics again!

I made a video showing the simple, easy, effective, inexpensive way to make colloidal silver that everyone can do themselves.  The only cost is the silver bars, distilled water and slow battery charger.  Once you have the charger and silver, your only reoccurring cost is the distilled water.  Never Never put salt in the water or use saline water, as others suggest!  Only pure distilled water is to be used.

What I don't show is, once I have made the colloidal silver, I put it in mason jars and then in a large empty coffee can with a brown top.  I then put those in a cabinet.  The silver should not ever be stored where sunlight gets it.  It will last forever if you store it in darkness.

I have put up a full time page on the blog about Colloidal Silver, with all the information in this post, including the video.

FourWinds10 has a lot of articles about Colloidal silver.

Colloidal silver is kept secret by the pharmaceutical industry for two very important
reasons. The first reason, of course, is that the effectiveness and availability of CS
would severely cut into the profits the drug companies make today on all the various
antibiotics, flue, and cold remedies.

The second reason is that CS can not be patented. The Food and Drug
Administration has classified CS as a pre-1938 drug, which makes it exempt from
current patent laws. If a product cannot be patented and a monopoly held on it in the
marketplace, it cannot demand a high price. Therefore, CS is worthless to the
pharmaceutical profiteers. In fact they are fearful that colloidal silver may return to
public use and have worked hard to keep it hidden.

Is it any wonder that colloidal silver which can stop viruses such as West Nile, AIDS,
Ebola, Bubonic plague, and SARS, is kept hidden from public use? Something so
inexpensive, so easy to make, and so accessible to the public as colloidal silver
would cause so much good health as to wipe out whole sections of the
pharmaceuticals in thousands of hospitals and drug stores. Such is the trillion dollar
drug lie.

Update. 8/2/14 For some reason there are some on the internet trying to dissuade people from taking Colloidal Silver.  I can only imagine the reasons why.

To scientific articles about nanosilver - One how it fights HIV,  the other what it can do against cancer.

I am personally taking a tablespoon a day now.
Posted by Questioning All at 10:05 AM