Here is the site with information about Silver trades today.

Here is the information and amounts traded to what months in the Silver futures market so far today 2/15/13.  You can see the volume next to what futures month of the contracts (5000 ounces each) have traded dumped. 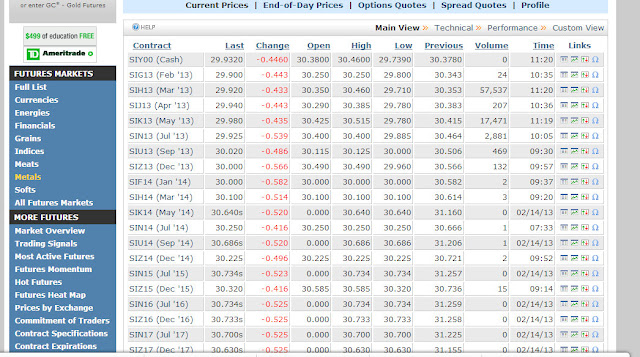 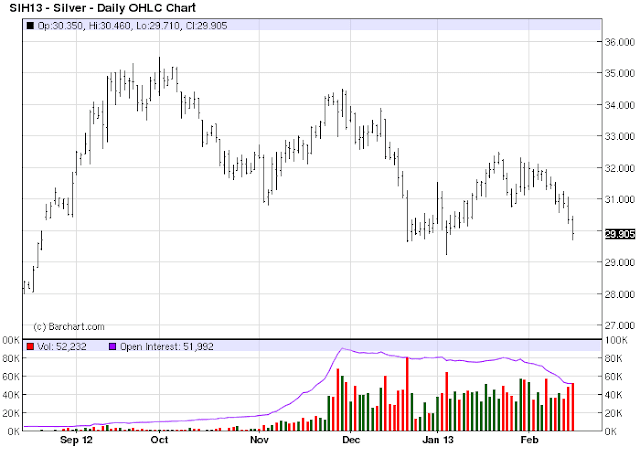 Here is gold's future trades for so far today:

Each of the volume contracts shown for the future months is 1000 ounces of gold.

That means 3 years worth of gold dumped so far. 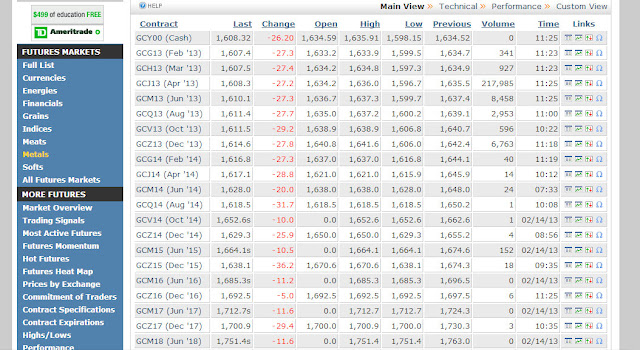 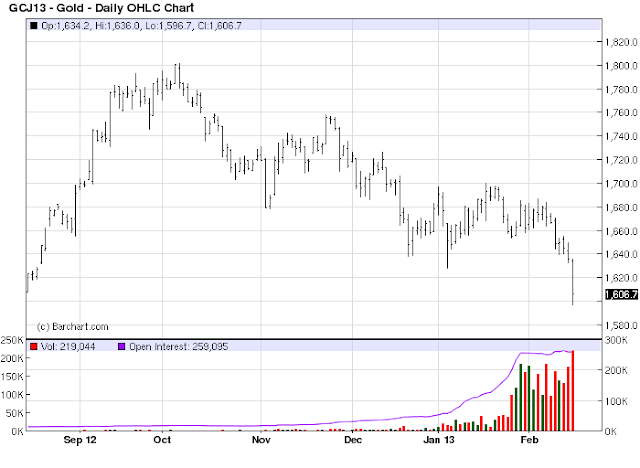 They decided to do a major smash today.  Considering there is a major shortage of Silver happening and countries are asking for their Gold back, the big shorts seem to be dumping their contracts.

Posted by Questioning All at 12:55 PM