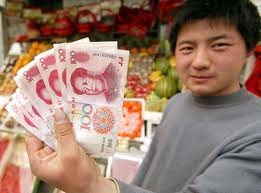 It is the first time I am seeing the words from China that comes right out and says what the plans for the Yuan is.


They have never said "Global Reserve Currency" before.  They have said "Convertible currency" and other words.

China has actually imported more gold and silver than they admit to.  They imported an estimated 1000 tons of gold over the last few years but experts believe it was much more than that.   They have also been importing silver in major quantities that are not being revealed.  I read a story the other day about someone in China trying to buy silver and gold bullion but the place was nuts with crowds all trying to buy the gold and silver the dealer had just gotten.

Kingworld News has an article about China being a gold backed currency.

Jim Willie did an interview last week and he mentioned that China was going to take it slow and not be totally overt in becoming the Global currency because they don't want the U.S. to start a war for some made up reason against china.

unconfirmed speculation" that China – the world's number one producer and second-placed consumer (at the moment) – is gearing up to buy up to at least 5,000 to 6,000 tonnes starting before the end of the year.

Silver is huge in China too.  There has been a lot of talk in the "silver world" saying there is a major shortage.  Besides the fact that the 2013 Eagles sales have been suspended due to over 5 million orders in the first few days of 2013.   The majority of silver mined is used for industrial purposes and it seems there is a shortage happening. 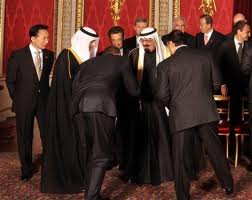 The writing is on the wall.  China plans on having a Gold backed Global Reserve Currency.  I have written about the agreements China has with other countries and has already began trading in Yuan instead of dollars.  The BRICS began those trades last year.  The only thing that is keeping the dollar as the "reserve currency" right now is because it is the "Petrol Dollar."   Saudi Arabia is the reason the dollar is still the oil trading currency.  Is it any wonder that Obama bows to the King of Saudi Arabia as the U.S. is obviously beholden to them otherwise it would not still be the official reserve currency of the world.

Once Saudi Arabia decides to go with the rest of the world and begins using other currencies for oil as India, Iran, Russia and China already do.... it will be game over for the dollar.

Obviously the day is getting closer since the article says "Global Reserve Currency" from China Daily.  Again they have never used those words before from what I have seen.  They have used "Global convertible currency."  Remember China purchased the London Metals exchange last year, which began using the Yuan and the CME began added the Yuan as a trading currency last year too

China holds things very close to their chest in information and they don't put information out normally until deals are done.  So with them allowing "Global Reserve Currency" words out, what deals have been done already and how fast will it all go down and the dollar with it?

Some of my favorite metals sites are: David Morgan of Silver-Investor always has great information about Silver and what is really going on.   I go to Gata, Got Gold Report , and 24 hour Gold for the latest in gold information.

Few probably are aware of this, but long time subscribers to The Morgan Report (TMR) were notified that a meeting had taken place in South East Asia roughly a decade ago discussing -- you guessed it --A GOLD BACKED YUAN.

Most people in the West do not understand the Chinese mind set of looking out several generations,

Edit to add:   I found another article today on the same Chinese News site - Their frustration with the dollar titled "The Unloved Dollar"

But the dollar's role as international anchor is beginning to falter, as emerging markets everywhere grow increasingly frustrated by the Fed's near-zero interest-rate policy, which has caused a flood of "hot" capital inflows from the United States. That, in turn, has fueled sharp exchange-rate appreciation and a loss of international competitiveness - unless the affected central banks intervene to buy dollars.

Wow - they have really put out information now as I have never seen before and the two articles being out on the same day...... says something is already happening, we just don't know the full extent yet.  But I have a feeling since they have come right out and said "Reserve Currency" and "Unloved Dollar" whatever the changes of Currency will happen this year.

Update - 1/29/13  - David Morgan of Silver Investor allowed me to interview him today about this subject, the silver shortage and Germany and their gold.

Posted by Questioning All at 8:38 AM